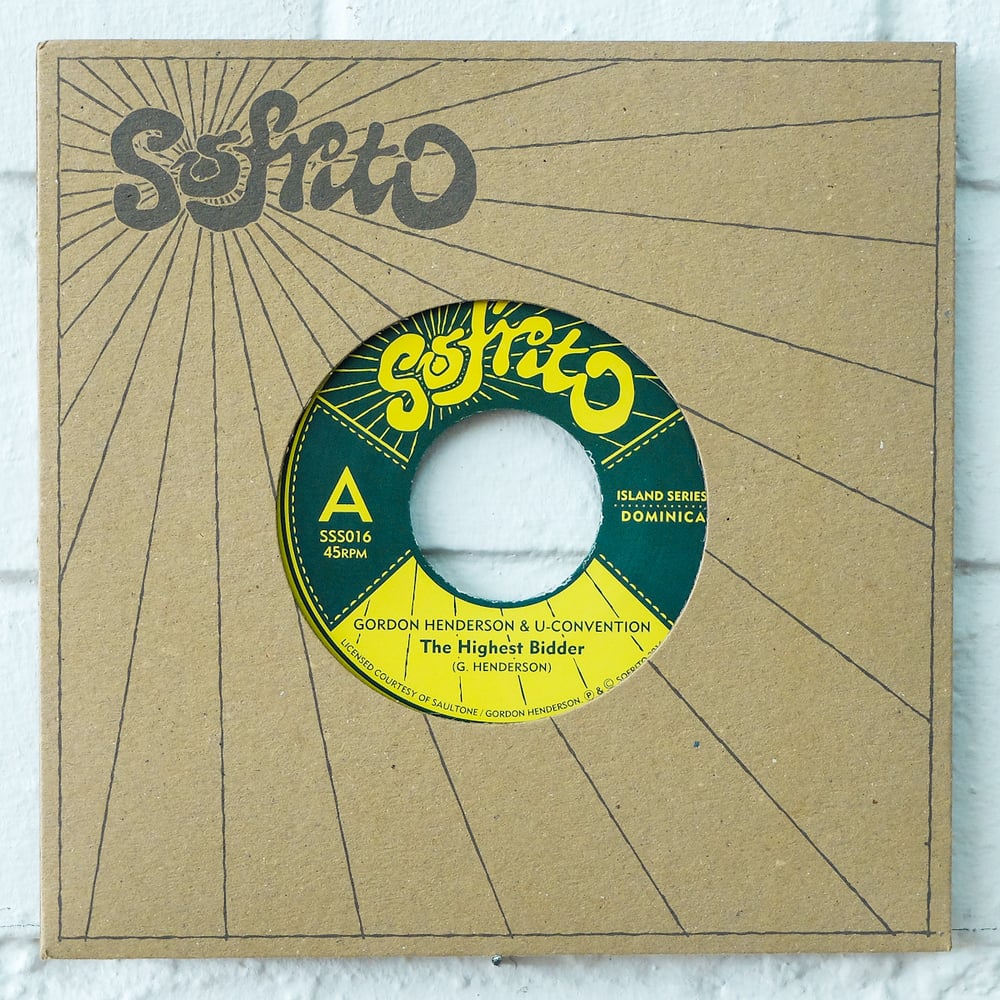 A: The Highest Bidder
B: Hard World

Originally released in France in the early 80s, the highest bidder has long been a dancefloor classic, combining snappy boogie bass and a stepping groove with Gordon's soulful vocals.

With his group Exile One, Gordon Henderson was instrumental in creating the Cadence-Lypso style. Fast forward a few years and he was in Air studios in Montserrat, where - along with new group the U-Convention - he recorded the sessions that would make up this release. The Highest Bidder is a long-time rare groove classic, a no-messing-about slice of early 80s funky boogie. On the B-side "Hard World" ups the tempo for an over-looked slice of Modern Soul.
Sofrito and Gordon Henderson are proud to see these tracks legitimately once more, cut nice and loud on a 45 for optimal club play