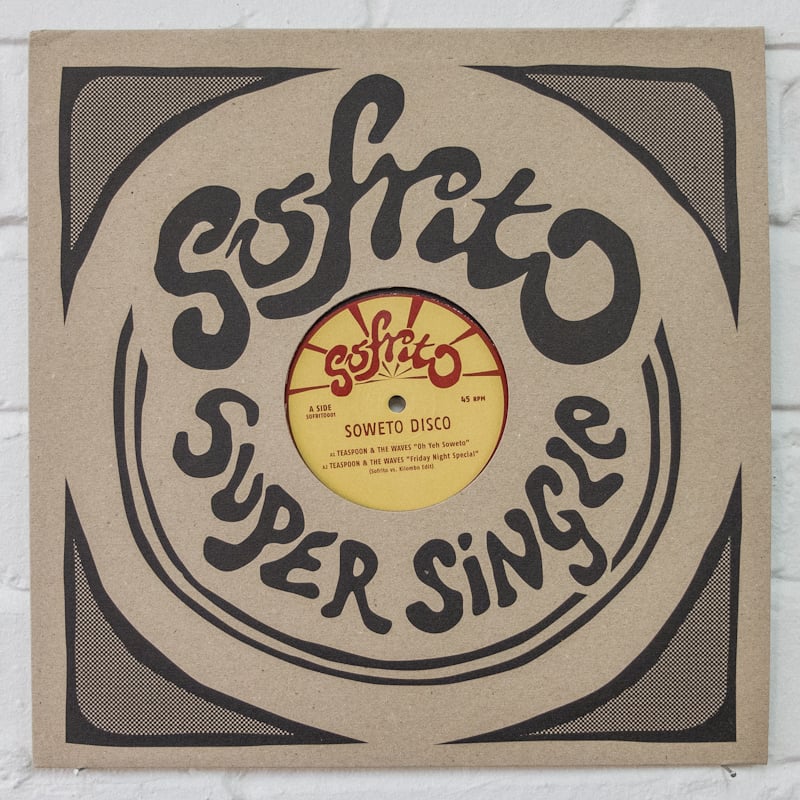 Teaspoon & the Waves – led by veteran alto player Teaspoon Ndelu – released one super rare LP in 1980, covering a mix of disco and funk sounds then popular on South African dancefloors. ‘Oh yeh Soweto’ is a cheeky version of Lamont Dozier’s classic ‘Going back to my roots’ – changing the lyrics and toughening up the beat, but with the same killer riffs! “Saturday night Special” is taken from the same LP and is a low-slung, spaced-out Afro Disco groove with great percussion and psychedelic synths. Here it is re-edited by the Sofrito team alongside John Armstrong (compiler of the “South African Funk Experience” album on Nascente).

The B-side features a track from The Nzimande Allstars - another mysterious group of session musicians. The drawn-out groove of 'Highway Sporo Disco' fuses a heavy disco backing with jive guitar and stellar horns and organ for a unique taste of the underground dancefloors of the Cape.

"Not content with their much-coveted 'Sofrito Specials' series, those resourceful bods over at Sofrito have now decided to up the ante with the launch of a new series of 'Super Singles'. And if this initial gem from Teaspoon & The Waves (a cheeky re-interpretation of Lamont Dozier's 'Going Back To My Roots') is anything to go by, then we are set for a whole load more tropical goodness. In Sofrito we trust!" DJ Magazine