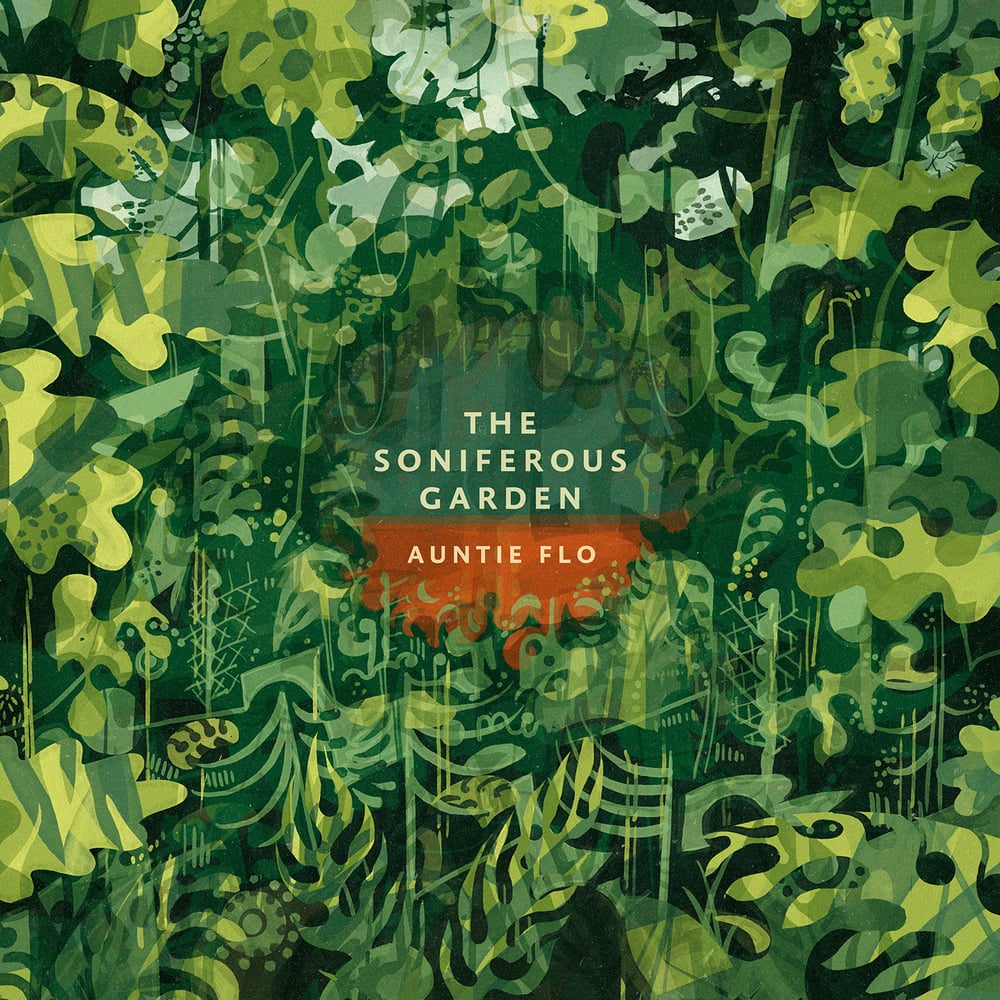 Also available with download on the Sofrito Bandcamp page
https://auntieflo.bandcamp.com/album/the-soniferous-garden

Brian d’Souza (aka Auntie Flo) brings together an international group of musicians to explore musical differences and celebrate shared visions across two extended tracks, recorded in the heat of downtown Kampala.

Produced and arranged over an intense, collaborative two day session at the Santuri studio as part of the Ugandan Bayimba arts festival in Kampala in September 2015, the project draws on Senegalese Sabar drumming, the plaintive notes of the Adungu (a Ugandan 10 string harp) and the vocals of Gio Kiyingi, underpinned by d’Souza’s arrangements and drum programming for two tracks clocking in at a healthy quarter of an hour each.

The title “The Soniferous Garden” is taken from the writings of Canadian composer and environmentalist R Murray Schafer, a concept he defines as “a garden or place of acoustic delights” – an aural space of retreat from the oppressive overabundance of acoustic information that characterizes the modern industrial world.

The two compositions are a response to this idea – drawing the listener into meandering, ever-evolving themes that weave in and out of a rhythmic base that is equal parts traditional percussion and electronic production.

The title track showcases the virtuoso Adungu playing of erstwhile Burnt Friedman collaborator Hakim Kiwanuka, and vocals from regular Highlife World Series contributor Giovanni Kremer Kiyingi whilst Rainfall on red earth (inspired by the vivid colours of the landscape around the studio) pushes the talking drum of Mama N’Dieck Seck Thiam to the fore.

+++ IMPORTANT SHIPPING INFORMATION // COMBINING PACKAGES +++
Shipping from France is very expensive - any parcel weighing more than 500g (one single 12" record) costs £15 to send in Europe, and £20 to the USA. HOWEVER this price does not increase between 500g and 2kg.